Epic ending to a great adventure 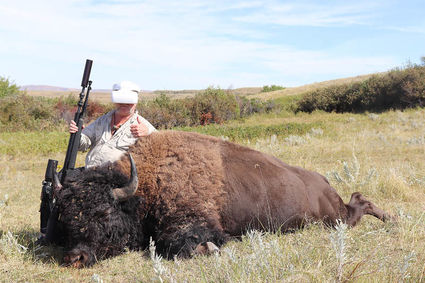 SEELEY LAKE – Hung on every wall of Rick Butler's living room are mounts from hunting expeditions from years past and photographs he has taken. There is a story behind each of the animals and images that Butler proudly displays in his home. But few compare to his most recent hunt where he, now legally blind, brought down a 1,200-1,400 pound buffalo with an air gun.

Butler grew up in Montana and attended Seeley-Swan High School in the late 1970s. He moved to Alaska in 1984 where he worked on the North Slope in the oil field until 2010. When a project manager position opened up in Russia h...