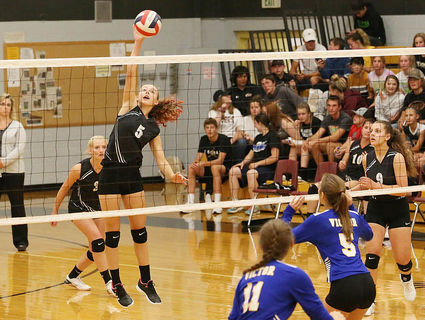 Sariah Maughan goes for one of her 10 kills against Victor.

On the offense, Sariah Maughan had 10 kills on 17 attempts with just 2 errors while Aspen Conley had 10 assists and Taylor Dillree had 4 aces in 17 serves with no errors.

Klaire Kovatch led in kills against Darby with 9 followed...