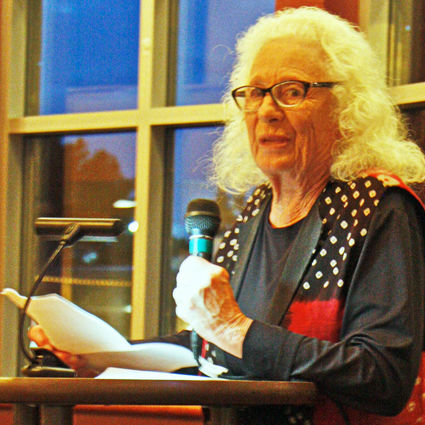 Annick Smith was a featured speaker at the "In the Footsteps of Norman Maclean" Festival Sept. 14 at the Missoula Children's Theatre.

MISSOULA – Annick Smith was the featured speaker for the Alpine Artisans fundraiser dinner that formed part of the 2019 three-day "In the Footsteps of Norman Maclean" festival. In introducing Smith, Michael Cropper referred to her as "the girl next door." For although writer-filmmaker Smith has gained a national reputation and garnered numerous accolades for her various projects and publications, those who live in the wider Missoula area admit to a certain possessiveness toward the woman who lives just next door in Potomac.

The topic of Smith's speech was "Is this still the last, best pl...