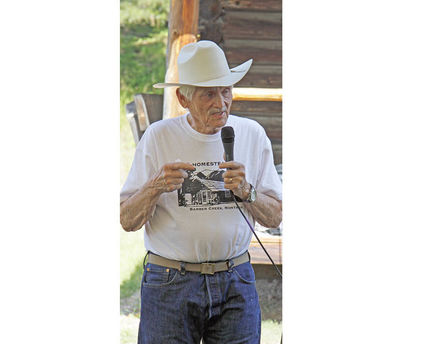 SWAN VALLEY – At the Aug. 3 Upper Swan Valley Historical Society (USVHS) program "Outfitters and Guides" in the Swan Valley, Pat Tabor told about his outfitting days. He almost got side-tracked on cook stories. Tabor said, "I could write a book just on cooks alone, because cooks are a very special breed of individuals."

Rich Nelson, another of the program's speakers, told the cook's side of the story.

The 88-year-old Nelson said he used to cook for General Warren Aken. As Nelson tells it, "The General wanted to be a cowboy and he wanted to take pack trips. I just happened to be around an...