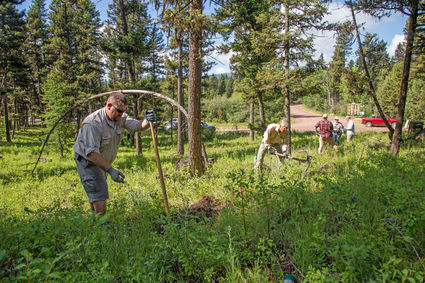 "I couldn't be happier with the turnout today, I believe we have more volunteers than usual," said Chris Bryant, the Western Montana Land Protection Director for TNC. "The goal is obviously to build trails, but also to bring people together and build relationships."

Volunteers split themselves between four projects, one was tasked with forest thinning, two groups worked on trail maintenan...