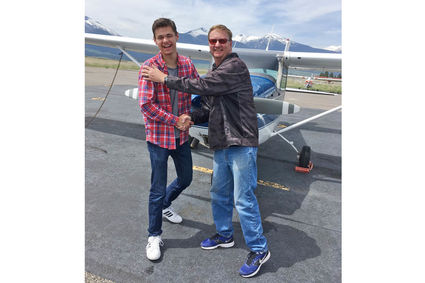 SEELEY LAKE - Sam Weisenburger, 17, joined the ranks of his piloting heritage by obtaining his private pilot's license this May. By doing so, he moves a step closer to his goal of attending the United States Air Force Academy (USAFA) in Colorado Springs, Colo.

Becoming a pilot wasn't always one of Sam's goals. Sam would tag along while his older brother Adam was training to become a pilot and he would often become nauseous. The more time he spent around pilots, the more the career began to intrigue him and the nausea went away.