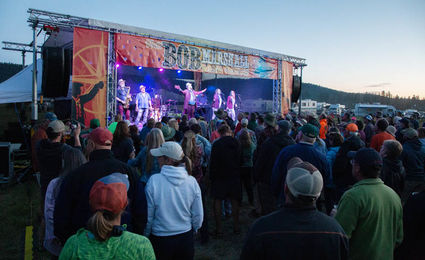 Shinyribs, a Texas based eight-piece band, closed out the Bob Marshall Music Festival in 2019. Event organizers estimate that nearly 800 people attended the festival that weekend.

SEELEY LAKE - The Bob Marshall Music Festival celebrated its fourth year in Seeley Lake by bringing people from all across Montana to the event in the name of music. This year, the event was organized by Lewis & Clark Brewing Company of Helena, Mont.

Event organizers with Lewis & Clark Brewing Company estimated that between 700-800 people attended the event this year.

Beth and Mark Mogensen traveled from Victor, Mont in the Bitterroot Valley to attend the festival for a second time. The couple was excited to experience the festival, and were most excited for the musical performance...