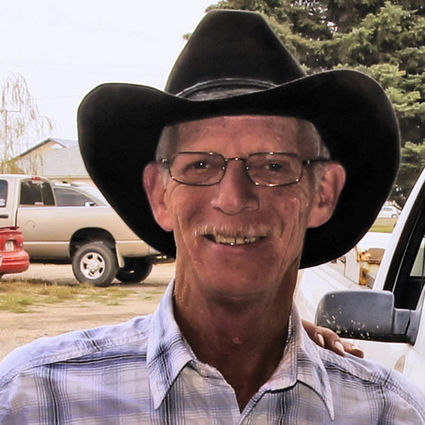 HELENA - Mark Allen Jones, 62, passed away in his sleep in Helena, Montana early on Tuesday, May 7.

Mark was born into a large family in Ventura, Calif. on Nov. 29, 1956. He thoroughly enjoyed telling the stories of his life to any that might listen. From growing up with eleven siblings in small town California, his athletic achievements in high school track and football, and the excitement of racing stock and sprint cars, he always had a story to tell.

A California transplant that became a true Montanan, Mark was drawn to Montana by a business trip and he never left. His deep appreciation for conservation led him to a career with Christofferson Logliners that spanned more than two decades. The demands of the job kept him away from home often, though he got to see some beautiful country.

After 26 years and making a prestigious name for himself, Mark left the logging industry, opting for a more relaxing life as a ranch hand on the Paws Up Ranch. He became just as respected on the ranch as he had been in his former career. As the ranch transformed into a resort, he worked side by side with the owner and helped bring each cabin and campsite to fruition. Upon completion of the massive project he transferred to the cattle ops and equestrian center. It was there that he developed a love and knowledge of irrigation and horses.

Mark excelled in both of his careers due to his deeply ingrained work ethic and his love for the land. He loved to hunt, fish and ride abandoned logging trails on horseback with his daughter. He always insisted that bringing home memories was better than bringing home trophies, and he was right.

In his later years, he kept the memories of hours spent in the saddle, each hunt and every fishing expedition alive by reliving adventures for his grandchildren. He cherished the land, his grandbabies and always tended what needed tending before looking after himself.

Mark was a Baptist and while he believed in the Lord, he swears it was his old sorrel horse Lucky that brought him eternal life and peace. In many ways he embodied the spirit of Montana. Mark never called himself a cowboy but he lived and died with the heart of one.

Mark was preceded in death by his parents, his siblings, extended family on both sides and some very special friends, including his beloved Lucky.

He is survived by his daughter Britni, son-in-law Kellen, grandchildren Eileen, Tucker and Dulcie, and many dear friends that will keep him alive in their hearts and the stories that they tell.

A Celebration of Life will be held at Harpers Lake Campground in Greenough on Saturday, July 13, 2019 at 1 p.m. R.S.V.P. is not necessary but would be appreciated. Please send R.S.V.P.s to remembermarkj@gmail.com. Alcohol is welcome but will not be provided.