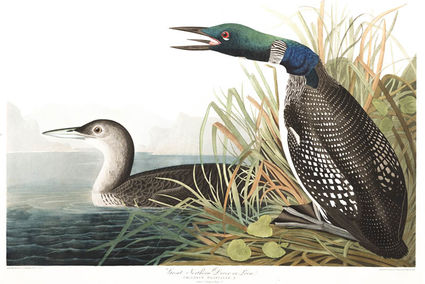 Prior to John James Audubon's birth in 1785, not much was known about bird migration. Some people believed birds went underground in winter, hibernating like bears. Some thought waterfowl spent the winter under the ice. Others believed birds turned into other birds in winter. One silly scientist even suggested birds flew to the moon in autumn and returned in spring.

In 1805, Audubon discovered a cave where eastern phoebes returned to nest each spring. He tied silver thread around the legs of three chicks. The next spring two of the chicks returned. All around the world people had been band...