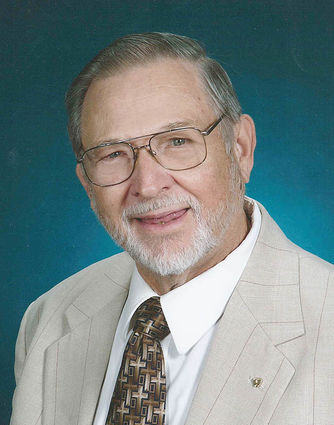 BILLINGS, MONT. - Pastor Herbert A.W. Schiefelbein died in the Christian faith on April 29 in Billings, Mont. at the age of 91, after a brief illness.

Pastor Schiefelbein was born Oct. 19, 1927 in Milwaukee, Wisc., the youngest son of Arthur and Olga (nee Klatt) Schiefelbein. He was baptized into Christ Oct. 29, 1927, at Immanuel Lutheran Church, where he was also confirmed in the faith on Palm Sunday, 1940.

He was a member of Immanuel Lutheran Church and School, where he received his elementary (K-8) education. He then attended Milwaukee Lutheran High School. Following the death of his oldest brother, Alfred (a pre-seminary student), Herb transferred to Concordia Junior College Milwaukee where he completed his undergraduate degree. His education included advanced high school courses for those planning to enter the holy ministry.

Pastor Schiefelbein was ordained and installed as Pastor of a triple parish in Washington state July 27, 1952: Zion (Grand Coulee), Bethel (Coulee City), and Victory (Hartline). A call came to serve as missionary-at-large in the southeast Portland, Ore. area. From this missionary work, Beautiful Savior Lutheran Church, Milwaukie, Ore., was organized. He served there for five and a half years. From 1958 to 1962, he pastored the dual parish of Messiah Church, Prosser, and St. John Church, Benton City, Wash.

During his ministerial career and into retirement, Pastor Schiefelbein served many vacancies. Throughout his life he also belonged to the following organizations: Minnesota Citizens Concerned for Life, Lutherans for Life, Lutheran Layman's League, Lutheran Hour Ministries, World Vision and Seeley Lake Lions Club.

In 2008 the Schiefelbeins moved to Billings, Mont. where they became members of Trinity Lutheran Church and School. There Herb assisted with services and Bible classes and was a member of the choir and chairman of the Evangelism Board. Pastor Schiefelbein also helped with services at several Missouri Synod congregations.

He was preceded in death by: his wife (Frances); parents Arthur and Olga; a brother Alfred; son Dennis; sister-in-law Ruth; and grandchild Kali Joy.

Funeral services were held at Trinity Lutheran Church, Billings, Monday, May 6th. Internment will be at St. John Lutheran Cemetery in Good Thunder, Minnesota at a date to determined. In lieu of flowers, memorials may be made to Trinity Lutheran Church and School in Billings or a charity of your choice. To leave memories or condolences for the family visit smithfuneralchapels.com.