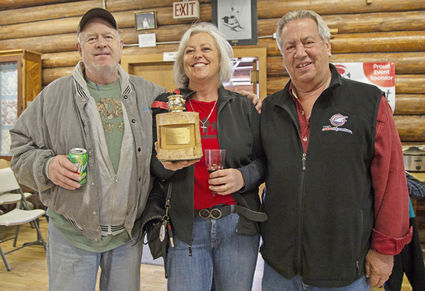 SWAN VALLEY - For the first time in the 29 year history of the American Legion Post No. 63 Annual Condon Chili Cook-Off May 18, there was a three way tie for first place.

Ronda Feucht, Tony Quadros and Rick "Yogi" Johnson were each awarded $100 for their champion chilies. Though recipes were not shared, the champions provided a little insight into what secret ingredients set their chilies apart from the other seven competitors.

"There are two actually but the primary one is chicken apple sausage," said Quadros. He also added diced jalapeños.

According to Feucht, her recipe for success is...