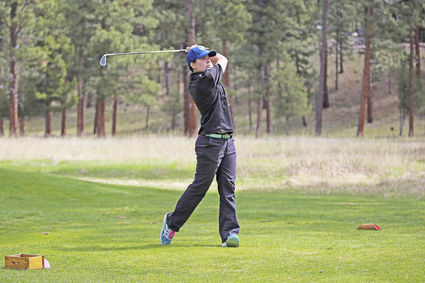 Seeley-Swan High School freshman Tegan Mauldin sends a ball down the fairway. Mauldin completed the 2019 Class C State Golf Tournament with a 131-129 – 260 two-day score. She was the sole student to represent the Blackhawks on their home course.

SEELEY LAKE - In her first ever season of golf, Seeley-Swan High School freshman Tegan Mauldin was the sole student to represent the Blackhawks at the 2019 Class C State Golf Tournament this past week. 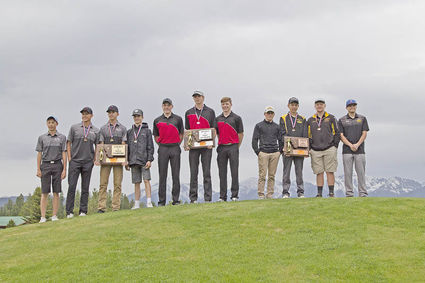 "I feel like I did pretty good considering I only picked up my first club two months ago," said Mauldin.

After injuring her knee at the end of the basketball season she was unable to participate in track and decided to give golf a try.

"I never would have expected to play golf, out of all of the sports," said Mauldin.

Mauldin is planning on playing golf again next season and is motivated to improve her game. She will be able to practice throughout the summer when she isn't busy working at the Double Arrow Golf Course.

"Being a state champion isn't really important to me, I just want to know that I improved my score from the year before, " said Mauldin.

From around the state, 140 student athletes travelled to Seeley Lake to compete in the tournament at the Double Arrow Golf Course.