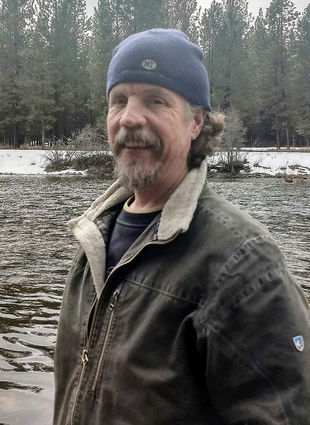 SEELEY LAKE - Michael Edward Haley was born on June 6,1970 in Gallipolis, Ohio to John Haley and Nancy Craighead. He was the youngest of their three children. Mike grew up in the beautiful town of Boulder, Colorado where his adventurous spirit attracted him to climbing mountains, snowboarding, cliff jumping and living free with his friends and family. He graduated from Meadowdale High School in Dayton, Ohio in 1989.

Mike met the love of his life while on an adventure to Jackson Hole, Wyoming to pursue his passion for snowboarding. Mike left Jackson Hole with a new passion in his heart to pursue, and her name was Tanya Swenson. The two settled in Whitefish, Montana and were married on May 31, 1997. Later that year, Tanya blessed him with the first of his two sons, Jacob Michael Haley. Jake's arrival added a strong and purposeful devotion to Mike's hard working heart which was admired by all who knew him.

Mike received his degree in Surveying from Flathead Valley Community College in 1998 which led to many years spent working on Montana back roads and highways while working for the Operators Union. He loved experiencing all the small towns and awe inspiring scenery that Montana had to offer, and travelled practically every mile of road, dirt or paved, in the Treasure State. The couple lived in Stevensville, Montana before moving to Seeley Lake in 2002.

In 2005, Mike was blessed with his second son Benjamin Blu Haley. Mike spent the next 17 years in Seeley Lake passing on his love of sports and hunting to his two sons, along with showing them hardworking values, determination and toughness. He raised his boys to be strong, true and good men of faith.

Mike was diagnosed with stage 4 colon cancer at the age of 45. He fought the terrible disease for four years and was continuing to fight it.

Mike's biggest joys were spending time raising his boys. Countless hours spent both building anything from tree houses to snow runs and igloos to basketball courts. He loved being able to go on skiing trips where he could snowboard and ski with his sons all day. Mike enjoyed teaching his youngest son Ben how to hunt and have appreciation for wildlife and nature. Mike was the ultimate supporter when it came to attending sporting games and anything his kids were a part of. His sons regard him as the best supporter a person could ask for.

His passions for projects around his house in Seeley Lake helped turn his three-acre piece of land into one of fun and beauty. His vast knowledge of landscaping helped Mike to create beautiful rock work paths and steps, along with a fire pit that was always in use.

Mike was preceded in death by his mother Nancy Craighead.

He leaves behind many loved cousins, aunts and uncles. He's also survived by his wife Tanya and sons Jacob and Ben; father John Haley; his brother Patrick Haley and wife Denise Haley along with their grandkids Ava and Arial; his sister Jennifer Haley and her daughter Anne Silva and her husband Markneil Silva along with their precious baby Theodore; and many beloved friends.

In Mike Haley's last moments, he comforted his wife once more with the words "Keep your eyes on Heaven". Which was often said throughout the years of their life together and we rejoice that he is there.

Funeral services will be held at Mission Bible Fellowship on Friday, May 17th at 3:30 p.m.