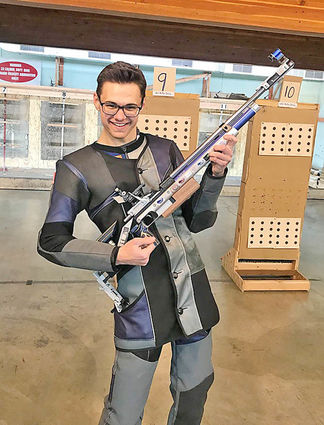 MISSOULA – Seeley Lake resident Sam Weisenburger, 17, is the Montana State Champion after winning the Smallbore Indoor Rifle State Championship this past April. In addition to the highest score posted across all ages, he also won the High Junior State Champion title, the Buddy Match with his father Trace and was part of the winning four-person team.