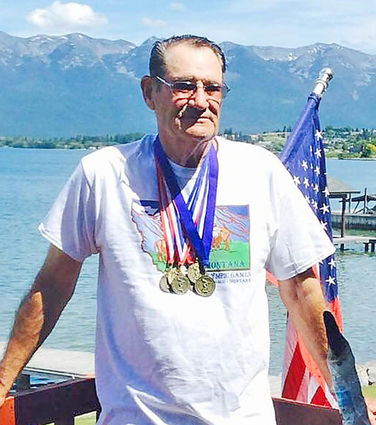 Mirl George Gratton was born on Feb. 5, 1936 to George and Gertie Gratton in Great Falls, Mont.

In 1939, the family moved to the Greenfield Bench where Mirl attended elementary school and was active in band and basketball. Mirl continued his education in Fairfield, excelling in football, track and basketball. Mirl played on the Fairfield State Championship team of 1954 where the Eagles beat the Nashua Porcupines 56-53. While a junior in high school Mirl made his theatrical debut (and finale) playing a part in the play "Arsenic and Old Lace."

Mirl attended and graduated from the College of Great Falls with a BS in Science. Great Falls was where Mirl met and married Patricia Crossler. They were later divorced.

Mirl received two Masters degrees one from the National Science Foundation one in Radiologic Science and one in Chemistry/Physics. He attended many science-oriented symposiums and further education seminars as he never lost his love of learning.

Mirl started his teaching and coaching career in Power, Mont. as a science teacher and the family lived there until moving to Seeley Lake in 1970. While teaching in Seeley Lake, Mirl developed an outdoor classroom and curriculum which was one of the first of its kind in the country. Mirl's passion for linking all science to real life application was one of his wonderful strengths. He also coached football, basketball, track & field and many State Championship cross country teams while working at SSHS.

In 1975, he transferred to Hellgate High School in Missoula, where he taught Chemistry and Physics and coached track & field events with his good friend Ron Jones.

In 1979, Mirl married Carolyn Rose White and moved to Portland, Ore. where he again taught broad-field science courses and coached an Oregon State Championship track team. Mirl loved helping young athletes recognize their abilities and improve their skills. Many students from Montana, Australia, Oregon and Mexico were recipients of his knowledge and love of sports.

After his retirement, Mirl and Carolyn moved to San Miguel de Allende where he was active with the Lion's Club. He helped set up programs to test for diabetes as well as providing the Mexican community with eye exams and free eyewear. Mirl and Carolyn had many great traveling experiences and lived and visited all over the world. He returned every summer to his beloved Montana to compete in the Senior Olympics where he ultimately earned 97 gold medals in the discus, shot put, javelin, high jump, triple jump and pole vault.

Mirl passed on April 24, 2019, surrounded by the Love of family and friends. In lieu of flowers, the family request donations are to Zoey's "Just Another Bump in the Road" @ Gofundme.com or a donation of your choice. A Celebration of Life for Mirl will be at the Osprey Field in Missoula, MT May 5 at 1 p.m. Please bring your stories, pictures and memories to share.