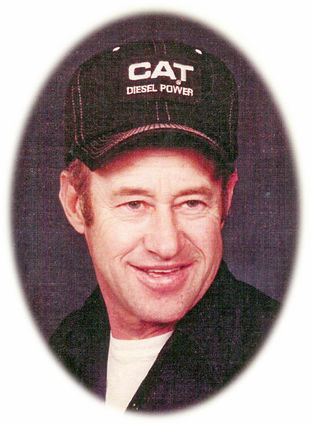 Alfred "Paul" Bergeson was born Sept. 3, 1935 in Pierre, S.D. to John and Johanna Gunhilda "Hilda" (Opsal) Bergeson. He attended Stanley County Schools through eighth grade, then attended Pierre High School in Pierre. Paul then went to work for local ranchers as a ranch hand before joining the United States Air Force. He was stationed at Parks Air Force Base in California before being medically discharged and returning home to South Dakota.

Paul married Shirley Hillmer on October 27, 1956 in Pierre. There were five children born to this union. Paul moved the family to Seeley Lake, Montana in October of 1978 and back to Pierre in 1988.

Paul worked as a trucker for most of his working career. He loved truck driving and spending time on the open road. Paul was the epitome of a "people person." He loved making people laugh which gave him great joy in return. When he wasn't making someone laugh, he could often be found playing cards or watching 'Gunsmoke' with his brother Ed.

He was preceded in death by his parents, wife Shirley and brother Ed Bergeson.