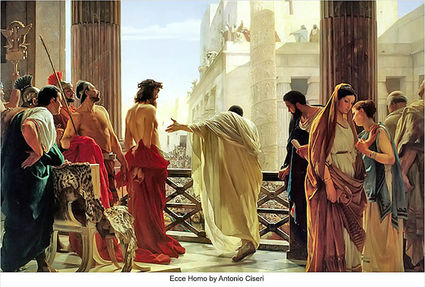 "Pilate said unto them, Whom will ye that I release unto you? Barabbas, or Jesus which is called Christ?"

Pontius Pilate, the Roman prefect of Judaea, was faced with a dilemma. Finding Jesus not guilty of any crimes, he nonetheless faced a crowd agitating for that very thing. Due to an already extant state of potential rebellion, Caesar had already warned him that any further unrest in the area would have severe consequences for him personally. As the shouts for Jesus' death grow louder, he draws upon a custom that a prisoner of the people's choosing would be released. In the hope of findin...