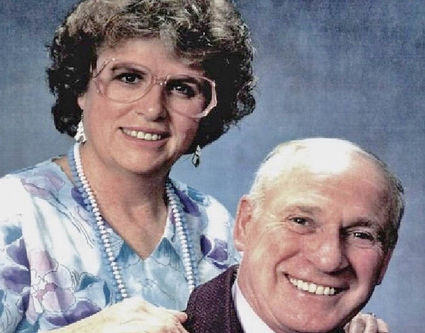 Iva LaRue and Kenneth Cheetham from Washington are the victims of an unsolved double homicide committed in the summer of 1991 near Lake Alva.

MISSOULA –A Washington couple's trip to Glacier National Park came to a violent end almost three decades ago near Lake Alva. The unsolved homicides of Iva LaRue and Kenneth Cheetham are being revisited by the Missoula County Sheriff's Office in hopes that new technology and a fresh set of eyes can bring closure.

Parker explained that they volunteered to help with cold cases because they have investigative experience and skills, time and because they know that current cases keep detectives too busy to really dig into old cases.

Conway said they chose to reopen the Cheetham case because there was good evidence collected in 1991 that can be reexamined using the latest technology to shed new light on the case. Lane said the original investigators did a phenomenal job back in 1991 and that is why there is hope that they can take the case a little further.

There are other cold cases and even some that were never ruled as a crime that they hope to reexamine as well though they didn't give any specific examples.

At the time of their deaths the Cheethams were traveling through the Seeley Swan Valley in a Ford van on their way to Glacier. They never made it. The van was found abandoned at the end of a new logging road west of Lake Alva Aug. 5, 1991.

The Cheetham's bodies were discovered more than a month later on Sept. 11 two miles south of the van near West Fork Clearwater Road, about a mile west of Highway 83. Both died from gunshot wounds. It is believed that they were killed on or about July 30.

Investigators believe that it is possible the van was moved by a person or persons not associated with the homicides.

A Hitachi VM-5200A video camera and case were stolen from the victim's van, however, it is not clear if the killer(s) or the person(s) who moved the van took it. The camera may have been pawned or sold to someone who has no knowledge of its origins.

The Sheriff's Office is asking that anyone who saw, acquired or knows someone who acquired a Hitachi camcorder in the summer or fall of 1991 to contact them.

Anyone with information on camera, van or deaths of the Cheethams can contact the Sheriff's Office through Facebook, Twitter or their tipline at 406-258-3302. Callers can remain anonymous.

The Missoula County Sheriff's Office would like to introduce new members of our office whose sole responsibility is to investigate unsolved cases. Both these women standing with me today are retired Federal agents with extensive experience investigating to successful resolution a variety of violent crimes.

Most recently we have been revisiting the 1991 homicides of Iva LaRue and Kenneth Cheetham (whose photos you see here today). They were a married couple on a road trip visiting our community who were shot and killed near Lake Inez in the Swan Valley on or about July 30, 1991. Both died from gunshot wounds.

At the time of their deaths, LaRue and Kenneth were driving the van you also see pictured here today. The van was discovered at the end of a new logging road west of Lake Alva on August 5, 1991. The bodies of LaRue and Kenneth were located approximately two miles south of the van on September 11, 1991. It is possible the van was moved to this location by a person or persons not associated with the homicides.

A Hitachi VM-5200A video camera and case was stolen from the victim's van either by the killer or killers or possibly by individuals who moved the van. If you saw, acquired or know someone who acquired a Hitachi camcorder in the summer or fall of 1991, we are asking you to contact us. The camera may have been pawned or sold and the person who ultimately acquired the camera would have no knowledge about its origins.

We are reviewing evidence found on and near the bodies of LaRue and Kenneth as well as the van. Technology not available at the time of the crime has allowed us to develop new investigative leads of interest. As many of you have likely seen in the media lately, advancements in fields such as genealogy and DNA analysis has led to resolution in many other cold cases.

We believe people who are familiar with the circumstances surrounding this case remain in our community. 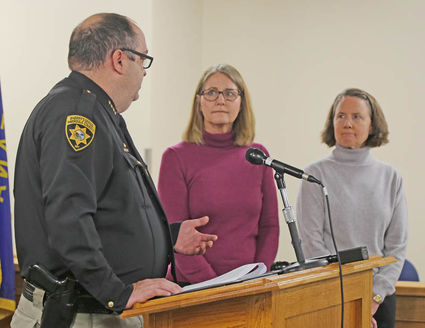 Law enforcement is aware that there is information that has not been shared. It is sometimes the case that people who may have knowledge don't initially come forward because of their relationships to people involved, concerns for their safety, or they may not realize information that they had is important. We recognize that relationships change over time as do people and their perspectives. It is not too late to come forward.

We are asking for your cooperation. Please contact us with any information you have regarding the van or the deaths of LaRue and Kenneth even if you have previously provided information. Our investigative techniques enable us to rule out innocent persons. Therefore anyone who may have information relevant to this case should not be concerned about inadvertently getting someone who is not involved in trouble.

Furthermore, if you are worried about the circumstances in which you obtained this information your identity can remain anonymous.