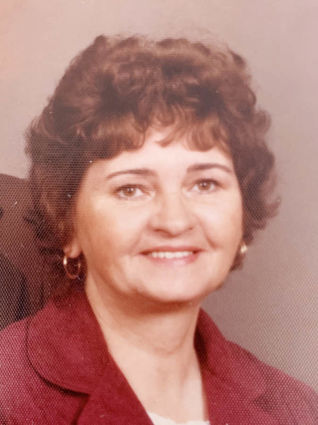 Evelyn was born Dec. 4, 1934 at Belgrade, Mont. to William C. and Florence Kent Powell. She grew up and attended school in Montana, graduating from Bozeman High School.

She and Robert C. Mock were married April 29, 1953 in Bozeman. They made their home in Missoula. After her children were older, she attended nurses training at St. Patrick's Hospital, graduating with her LPN. She worked at Western Montana Clinic in Missoula until her retirement.

She and Bob made the cabin on Lake Inez in Montana their summer home. They enjoyed wintering near Casa Grande, Ariz. for several years. Evelyn enjoyed oil painting and ceramics.

Survivors include her husband of nearly 66 years Robert, at their home; son Lynn (Judy) Mock of Moscow; sister Glenetta Bestwick of Seattle; two granddaughters Christine Day and Brianne Fakhouri both of Moscow; along with five great grandchildren. She was preceded in death by: her parents; two sons Randy and Stanley Mock; and a sister Bertie Marie Atkinson.

The family suggests memorials be made to the Alzheimer's Association.

Short's Funeral Chapel, Moscow, has been entrusted with arrangements and online condolences may be sent to www.shortsfuneralchapel.net.