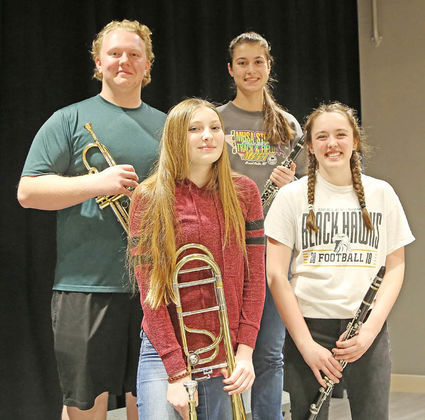 MISSOULA – Despite having only five choir members and four members in the band, Seeley-Swan High School musicians performed the most solos, duets and ensembles in the past several years at the District Music Festival April 5 and April 6. The band, five soloists, the brass duet and the brass/woodwind ensemble received a Superior rating. All the individuals and groups except the band will perform at the State Music Festival May 3 and May 4 in Helena.

The District Music Festival is an opportunity for individuals and groups to perform in front of an adjudicator. Adjudicators are professiona...