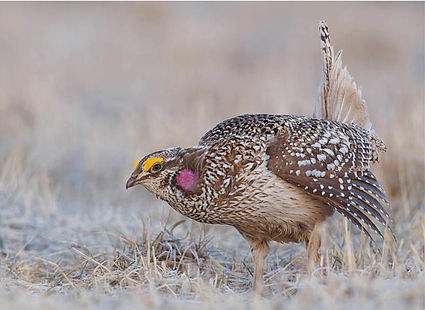 A sharp-tailed grouse during mating season.

FWP would achieve this objective through reintroductions of sharp-tailed grouse in core areas with the most suitable habitat including the Blackfoot Valley, the northern Bitterroot Valley and the Drummond Area.

FWP would capture a total of 75-180 grouse each year for five years across Regions 4, 5, 6 and 7. Capture locations would be dispersed in a way that would minimize impact to source populations.