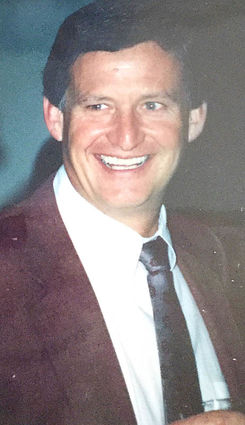 SEELEY LAKE - Glenn Frederick Bliss, 72, beloved father, grandfather and friend, passed away Sunday, March 17 at his home in Seeley Lake with his family by his side.

Glenn was born to Glenn E. and Elizabeth Bliss Sept. 3, 1946 in Great Falls, Mont. He attended Great Falls High School graduating in 1964. He went on to attend Kemper Military school in Boonville, Missouri for two years and then finished his education at the University of Oregon graduating with degrees in finance and business administration.

Glenn married Dianna Pfluge in 1967. After graduation, they moved to Pasco, Wash. where he went to work for Pasco Welding. He returned to Great Falls in 1970 and joined his father in the family business at General Distributing Company. He became president of General Distributing in 1980 and retired in 2001. During his career in the welding industry, Glenn was active in the NWSA and IWDC industry groups. Together Glenn and Dianna raised four boys and enjoyed traveling and spending many wonderful years in Hawaii during the winter months.

Besides his children and grandchildren, his love was Seeley Lake where he purchased a cabin in the late 1970's eventually living there full time. He enjoyed snowmobiling, boating, bird hunting and was an avid reader.

He was preceded in death by his parents Glenn and Elizabeth; sister Dorothy Hixson; brother-in-law Charles Pfluge and granddaughter Gianna Bliss.

Our family would like to thank his Seeley Lake caregivers, especially Kurina Hawkinson, who cared for him for ten years and was by his side right up to the very end. At his request there will be no formal services.