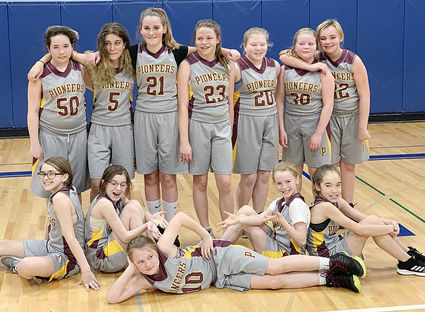 POTOMAC - "One of the greatest strengths that I saw was the support the girls gave to each other continually through the whole season," said Potomac Pioneers Head Coach Christi Taillefer about the team this year.

The coaches and players felt the season went pretty well. It was a season of many firsts, for the coaches and some players including the fifth graders.

"It was definitely a learning process for me, being my first...