From Ovando to the Air Force and back again 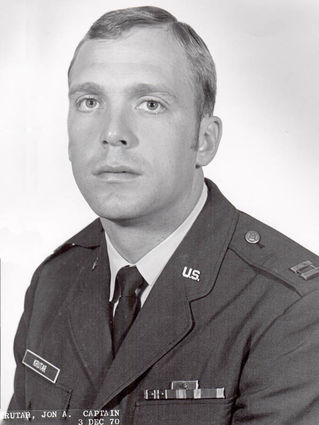 Captain Jon Krutar in 1970, forging his way into the new field of computers.

OVANDO – Jon Krutar's story begins and ends in Ovando with a 28-year military career in the middle.

Growing up in Ovando, Krutar attended a one-room schoolhouse with a fluctuating attendance of between five and nine students for all eight grades. He went to Powell County High School in Deer Lodge where he was a four-year letterman in football, basketball and track. His athletic abilities earned him a track scholarship to the University of Montana where he was one of the university's top hurdlers.

According to Krutar, in the 1960s the university required two years of ROTC. His process for...