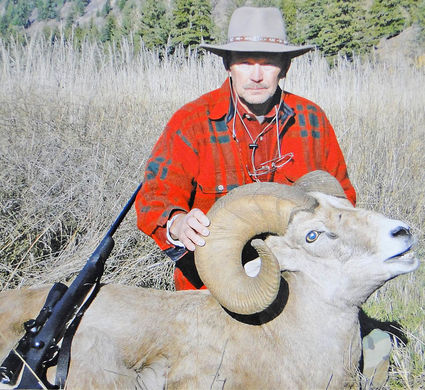 The reason I hate the .357 so much is partly because of the handguns it is available in. Many of the firearms manufactured in the .357 are works of art by themselves. Some of them are so nice and so carefully crafted, they are almost too nice to shoot. This is true especially of the Smith and Wessons.

Practically every company that has ever manufactured a center fire revolver has made a .357. Hence, there is an almost endless variety of .357 revolvers available. Everything from small derringers, small, medium and large framed revolvers with any barrel length desired is available. There are single or double action revolvers, blue steel or stainless. Any one can find one within their budget. There are simply too many choices to choose from!

Then, there is the ammunition. Whatever the shooter wants, it too is available. Everything from light target loads in a .38 special case to the full powdered factory .357 cartridge is available. The list is almost endless. Hand loading the ammo allows for even more versatility and makes the ammo much more affordable. Too many choices to choose from! With all these variables, one can make the .357 fit practically any niche the owner wants to fill.

Because the variety of handguns and ammo is nearly limitless, what is there not to hate? The handgun can be used for plinking, target shooting, sport, self defense or hunting small to medium size game animals. The only limit I see with this handgun and cartridge is hunting animals bigger or tougher than deer.

Before the semi-auto pistols swept the law enforcement world, the .357 was the most common chambering among this nation's police officers. Two Detroit police officers, compiled an exhausting data base of information pertaining to the effectiveness of handgun cartridges in police shootings as well as other incidences where handguns were used. They rated the .357 with 125 grain JHP bullets at 93-97 percent effective for a one shot stop with a torso hit. In my opinion, a 93 percent rating is exceptional, which to me means two shots would be 100 percent effective! (That is an exaggeration, nothing is 100 percent effective.) But I believe that is why the "double tap" (two shots) is taught every where defensive shooting is taught, especially in police academies. More recent research has also proven the .357 to be a very effective cartridge for any reasonable task.

Over the decades the revolver has served police and private citizens statically without fail. If the revolver fails to fire, all that is required to make it fire, is pull the trigger again. The revolver is simple to load and simple to shoot. For all these reason and maybe more I have not thought of yet, I just can't bear the thought of being without a few .357s in my safe. I may have to go buy another one...or two, just so I have more to hate.

Philip is a retired Air Force officer where he was an intelligence analyst. He is also a retired law enforcement officer. He has an undergrad degree in criminal justice as well as a master's that is heavily weighted in criminal justice. He has had, in his words, "a love affair" with firearms all his adult life. He also teaches concealed carry classes. Contact him at philipgintheswan@gmail.com