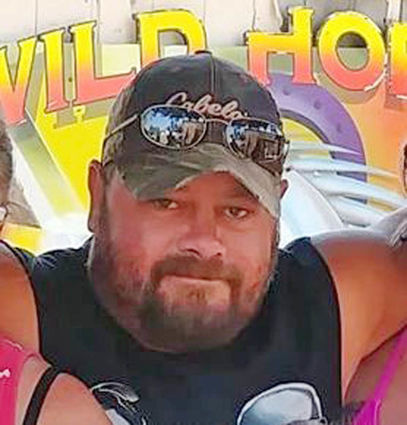 SEELEY LAKE - Our beloved and precious Matthew, 39, was suddenly and unexpectedly taken away from us on March 11.

Matthew was born on December 19, 1979 to Gary and Royann in Missoula and was raised in Seeley Lake.

Matthew, even as a young child, had such stubbornness head strength that he had to do things, all things, with the idea or notion that it was his idea only. He was never a follower, more like a loner always.

He attended Seeley-Swan High School and actively participated in weight training to which he eventually took third in the State in 1997. He graduated in 1999.

Shortly after graduating he was sadly diagnosed with Non-Hodgkin Lymphoma. With courage and his stubbornness, he not only faced it and fought it but eventually beat it. In the process of all that he became a father. In 2002 he had a beautiful little girl Danielle followed by a handsome son Aidan in 2006.

From cutting firewood with his dad to camping, hunting and fishing, the outdoors is where Matthew not only shined but belonged. He had an uncanny eye and found numerous sheds and mushrooms few could. Anything to do with being outdoors you could bet you could find Matthew there.

He was a very quiet man with so very much to say. A few times you would be shocked at what was said.

All knew Matthew, some assumed they did, most thought they did but only a few truly knew him and loved him.

He is survived by his father and mother; three sisters Lori, Cary and his closest one and friend, Vicki; children Danielle and Aidan; along with numerous nieces, nephews and cousins. A very special and good friend of his was Chad Westphal.

There is so much more that could be said about Matthew. He was definitely unique and one of a kind. We will never forget him and will always love him.

The family is planning his celebration of life in early summer and will announce further details later.

I will truly miss you and our little drives full of laughs and conversations little brother. Until we meet again.