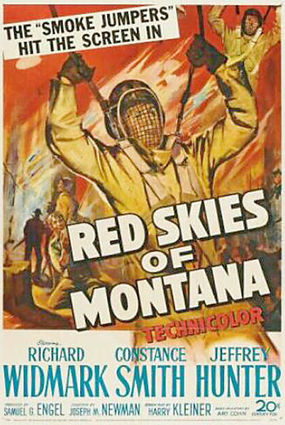 SEELEY LAKE – When 20th Century-Fox chose Missoula as the location for its January 1952 world premier opening of the motion picture "Red Skies of Montana," it was a momentous occasion for the city. The premier was a whole day event which included a police-guard parade with film stars waving from a Cadillac, planes flying overhead and a 135-guest reception and dinner at the Florence Hotel. Then came the showing followed by an after-program at the Fox Theater featuring a group of smokejumpers in jump gear and Montana's Governor John Bonner.

Though no parade or dinner accompanied the Seeley...