Let the Sunshine on government 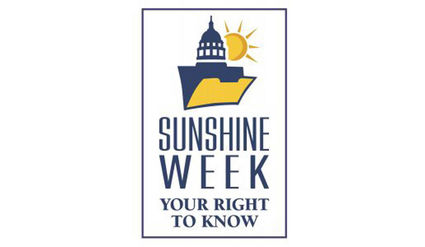 The students I teach at the University of Montana often show up with a powerful assumption: If there is some piece of information out there, Google can find it. It's an understandable belief for 19-year-olds who have grown up in a world where ubiquitous connection to the Internet and easy access to vast reams of webpages is expected.

But for all those Wikipedia pages and Wayback Machines, there are countless documents that you, as a Montanan, have a constitutional right to see and you won't find them no matter how many pages of search results you click on. That information is sitting in your county courthouse or the state agency in Helena. It is being discussed at the city council or at the local school board meeting.

And that is sort of the point of Sunshine Week. Sunshine Week runs from March 10-16 this year and is put together by the American Society of News Editors and Reporters Committee for Freedom of the Press. Its goal is pretty straightforward: highlight and promote transparency in government.

But transparency itself is sort of a strange word. The Supreme Court Justice Louis Brandeis famously wrote, "Sunlight is said to be the best of disinfectants; electric light the most efficient policeman." The idea that the best way to keep the government representing all of us was for all of us to be able to see its workings, to contribute to its operation.

The Montanans who gathered to write our state constitution in 1972 knew and believed in this idea, incorporating two rights into the new document - the public's right to know and its right to participate.

Donald Foster, a Lewistown Independent who served as a delegate to the state's constitutional convention stressed that these two rights were to serve the public, saying during the deliberations, "[T]he citizens of the state will expect to participate in agency decisions prior to the time the agency makes up its mind .... It is also a commitment at the level of fundamental law to seek structures, rules and procedures that maximize the access of citizens to the decision-making institutions of state government." For that participation to count, the public needs to know about the government's work and the issues at stake.

For nearly 50 years, Montana has stressed public participation and the transparency that makes that possible.

But these rights are fragile and in need of constant attention and defense. One misinformed county clerk or nervous school board member or one agency demanding money to hire a lawyer to review the document a member of the public requested could make those rights and the idea of transparent government mere words on a four-decades-old paper.

I am a member of the Montana Freedom of Information Hotline, a service that helps members of the public and journalists navigate the state's laws and gray zones of public access, and we have seen some things in the past year that are both encouraging and worrying.

On the encouraging side, we have had more and more individuals - not journalists or lawyers, just Montanans trying to access information - contact us for help. We are happy to try and aid their efforts to ensure the system Delegate Foster envisioned continues here.

But we have also seen troubling developments that may make access to records a luxury only the wealthy can afford. Montana's Supreme Court is currently considering a case about lawyer's fees in a public records case. This all sounds pretty wonky, but think of it this way: If you go to get a public document and the government thinks you should not have it and then you take them to court and a judge says the state was wrong, should you have to pay for all that work your lawyer did to correct a government mistake? If the answer is "yes" or "maybe," I worry that most of us out here in Montana will just throw up our hands and give up because the idea of hiring a lawyer seems pretty intimidating. 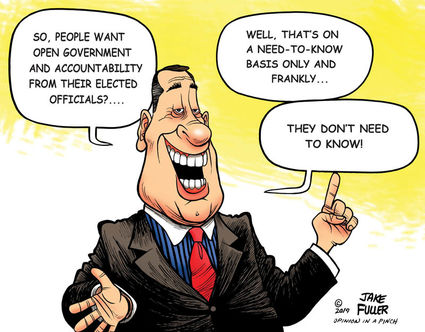 These issues often seem pretty distant from our day-to-day lives as we desperately try to hang on until spring, but making sure Montanans can access information from their government and be able to participate in the work of government is as important now as it was when Mr. Foster argued for it nearly 50 years ago. But for this to continue to be the Montana way, we must all stay vigilant. That way, we will continue to live in a world of sunshine and, maybe one day, some warmer temperatures.

Lee Banville is a professor of journalism at the University of Montana in Missoula. He can be reached at lee.banville@umontana.edu or at (406) 243-2577. He serves on the FOI Hotline Inc. board with Melody Martinsen, Choteau Acantha; Matt Gibson, Montana Newspaper Association; Dewey Bruce, Montana Broadcasters Association; Gary Moseman, retired Great Falls Tribune; Jon Stepanek, KTVQ; Matt Volz, the Associated Press; and Nick Ehli, Bozeman Daily Chronicle. You can reach the Hotline through its website, http://www.montanafoi.org/, or by calling the Meloy Law Firm at (406) 442-8670.