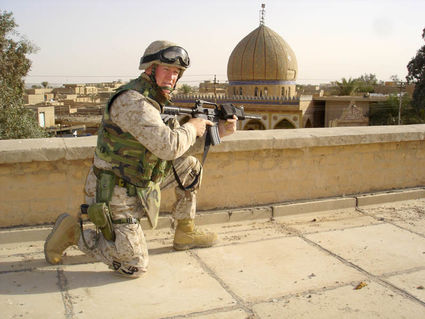 Colonel Robert Parcell positioned on top of the Teacher's Institute School during the Battle of Fallujah.

Part I of "Answering the call" discussed how Parcell's early career in the Marine Corps was interwoven with his law enforcement career with the Missoula County Sheriff's Office.

After two years in Hawaii, Parcell was again deactivated and in 2003 he moved his family back to Condon while he resumed his civilian law enforcement career as Deputy Sheriff in the Seeley Lake and Swan Valleys. However, in just under a year he was once again activated, this time in support of Operation Iraqi Freedom. Because of his law enforcement background, Parcell was sent to Ramadi to assume the position of Di...