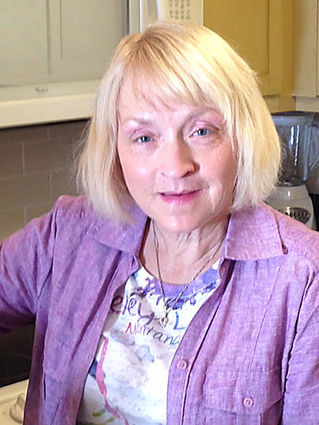 GREAT FALLS, MONT - Joelene Sharon O'Neill Goodover was born in Livingston, Mont. Wednesday, Dec. 5, 1951 to Joseph (Sonny) and Donalene O'Neill. She grew up in Livingston and graduated from Park Senior High School in 1970. She obtained her Psychology degree from Montana State University and her Master's Degree in Guidance and Counseling from the University of Montana. While in Bozeman she lived with her grandparents James and Edith Wheeler who's loving and nurturing nature would model how she would live her life, playing the role of caring advisor for the many people whose lives she would touch throughout her life. While a sophomore in college she met Pat who would become the love of her life and her husband of 42 and a half years.

Pat and Joelene married July 17, 1976 and would start out in Richland, Wash. before moving back to Pat's hometown of Great Falls where they would have two sons, Andy and Adam. Joelene started as a counselor in Simms before becoming a school psychologist for the Great Falls Public Schools.

As a school psychologist her influence was felt by many students and teachers in the district, as well as her friendship and guidance to other school psychologists around Montana and the rest of the U.S. as a member, board member and president of the Montana Association of School Psychologists, National Association of School Psychologists and the NASP Children's Fund. Throughout her life she would meet many people who became more than just friends, they became family.

Many of her sons' close friends would become important people in her life and their kids would become like grandchildren to her. Most treasured among all of these people, she would meet a girl who would become welcomed into her family as a daughter, Heather. Heather became a treasured family member whose bond with Joelene, Pat, Andy and Adam would be one that is as strong as blood.

Joelene treasured her nieces and nephews and was famous among them for her frosted sugar cookies that she would send every Valentine's Day and Halloween. She loved Broadway musicals, dancing and especially spending time at Seeley Lake, Mont. and Maui, Hawaii.

She was preceded in death by father- and mother-in-law Pat and Erma (Skip) Goodover, nephew Jason Seiger and grandparents James and Edith Wheeler.

She is survived by her husband Pat; sons Andy and Adam; daughter Heather Hughs (Jeff); granddaughter Avalon; parents Sonny and Donny O'Neill; mother-in-law Delores Goodover; sister Peggy O'Neill; brothers Kemp (Lori) O'Neill and Jay Pat (Kim) O'Neill; sisters-in law Lynn (Ken) Seiger and Joy (Bruce) Breslauer; brother-in-law Brian(Carol) Landsverk; numerous nieces and nephews; the special people in her life Holly, Kyle, Kirby, Nolan, Halen and Beckett who allowed her to be another grandma in their lives and the many, many people whose lives were touched by Joelene throughout her life.

The family would like to give a special thank you to Lynn Seiger and niece Deni O'Neill for their caregiving during Joelene's final weeks.

To plant a beautiful memorial tree in memory of Joelene Sharon Goodover, please visit the Tribute Store at https://tree.tributecenterstore.com/memorial-tree?oId=4142701