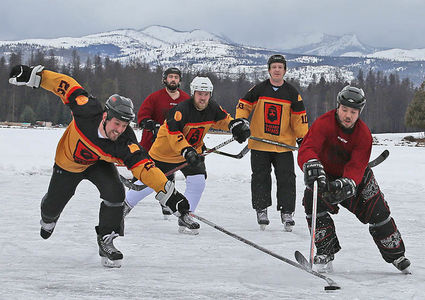 SEELEY LAKE – With players saying this was the best ice in the last nine years, the USA Hockey sanctioned Seeley Lake Pond Hockey Tournament happened without a hitch this past weekend Jan. 4-6. Although the number of teams was around 10 teams less than usual, the tournament still drew players from across the country and Canada.

One of the tournament founders and owner of Lindey's Prime Steak House Mike Lindemer started maintaining the ice on Seeley Lake in mid- December. He put 140 hours on his four-wheeler plowing the four rinks for this year's tournament.

Mike said there was a half an...