Koppen receives Officer of the Year 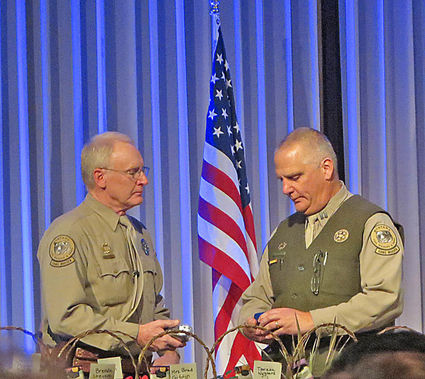 Banquet Committee chair Larry Anderson said the purpose of the banquet is to honor area law enforcement officers. It has also become a major fundraiser for the Exchange Club allowing them to support their many programs including the Sheriff's Youth Camp at Camp Paxson and t...

Congratulations Billy, on your special award. thanks for keeping all wildlife in Seeley Lake area safe and upholding the gaming laws of Montana. Happy Holidays 2019 from Joe & Julie Healy, DBQ,Ia