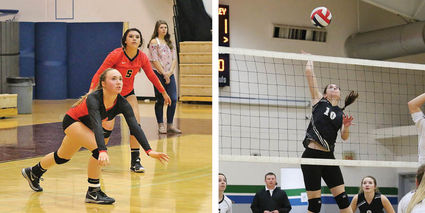 MISSOULA – When sophomores Klaire Kovatch and Kaylee Rammell tried out for the Montana Volleyball Academy U16 teams, they both had hopes of making it on the 16 National Team. When they both made the cut for the team, not only were the grade-school friends the first in the area to make a MVA 16 National Team but this would be the first time they would be on the same side of the net.

Director of Montana Volleyball Academy Nate Michael said MVA has been going since early 2000. It started as a volleyball club for homeschooled youth in the Bitterroot and has grown into one of the most competi...