The dangers of the internet

The internet is an enormous source of information and hosts many social media platforms - but what happens when social media is used for dangerous intentions? 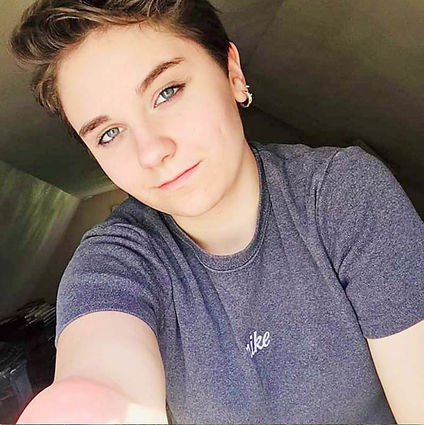 Snapchat, Instagram, Facebook, Twitter... These, among countless others, are brands of social media millennials are very familiar with. They use them to post their lives and memories online, or to communicate with their friends in a quick, easy fashion. But among these fun and communal sites lurks predators and stalkers alike, waiting to prey upon the perfect victim of their choosing. Their victim could be your sibling, child or best friend. This is my experience and why you should be aware of your online interactions.

I have been homeschooled since the eighth grade. I haven't had many friends to socialize with, so I spent a lot of my time online.

In early 2017, my parents divorced and I never felt more in solitude. I spent every waking moment on the internet, talking to people I had never met in person, just to try and reach out for someone who could be there for me. I considered them all friends; they were always there to talk to when I needed them, and it felt like they never judged me for being myself.

In February, just after my parents had split, I created a friendship with a 21 year old man from across the country via Google+, a social media created by Google. We had phone calls daily, and messaged each other all the time.

In just a few short months, he moved to Missoula to meet me in person. My parents were there to meet him as well. While my mother had very wary feelings about him, she was understanding of my lonely state, and did not want to speak out about the uncomfortable feelings she had about him and I meeting.

He was kind, respectful and continued to always be there for me. I began to finally feel like I wasn't completely forsaken, and I would even go as far as saying I had begun to build intimate feelings for him. We had created a lot of memories together, and I felt like I had a strong connection with another human being. Little did I know, his intentions with me were not so innocent.

In September of this year, my parents confiscated my phone because they noticed that I acted too negatively, and seemed to be hiding something from them. Once they had my device, they went through every social media platform I was on, and came to the realization that I was a victim of an online predator, even though I was not aware of it at the time. They had gathered enough information to come to the conclusion that the police needed to be contacted.

Once we called authorities, they took the man into custody, and took possession of his mobile phone. Among various inappropriate things, they also found explicit pictures of very young girls on his phone. They determined that he came to Missoula to have sex with me. If convicted of all charges placed upon him, he could be sentenced to more than 200 years in prison.

Although I thought he was my closest friend, in reality he was a child predator. He had been making me feel comfortable, secure and safe with him, only for his own sick pleasure. The proper term for that behavior from an online predator is called "grooming." Thankfully, my parents helped me, even when I didn't know that I needed the help, and I am very grateful to them for that.

High school women are especially at risk for becoming the victim of online predators. It is easy to dismiss the idea of becoming a victim to a predator, and even easier to ignore the signs of meeting one, particularly if the predator becomes your closest friend or something more passionate. But it is vital to see the signs, and to acknowledge them. Common signs include refusal to give personal info to the victim, overprotectiveness of the victim, uncomfortable sexual behavior toward the victim, and severe reactions to not getting what they wanted from the victim, ie: nude photos or sexual conversations. Being cautious of who you speak to on the internet is important, because those online friends you speak to could be putting you in more danger than you could ever predict.

If you are a parent or guardian who has a teenager, it is highly recommended that you monitor your child's online persona. You may never know who they are speaking to, or what they are doing online, and for their own safety, it is crucial that you are aware of their interactions.

The internet can be a fun and informative place, but it can also be hazardous and unsettling. Be aware and be safe, because the people you or your loved ones talk to may not be who they say they are.