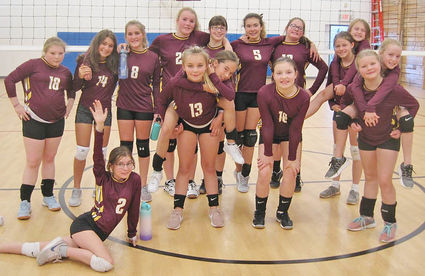 POTOMAC - Coached by teachers Christi Taillefer and Ashley Olsen, 17 Potomac Pioneers turned out and played for the volleyball season. The coaches said the season went well and that the players demonstrated a drive to work together as a team.

"The players invested the time and energy to develop a positive working dynamic," said coach Olsen.

The B Team ended their season with a 5-9 record. The A team headed into tournaments with a record of 8-1. The...