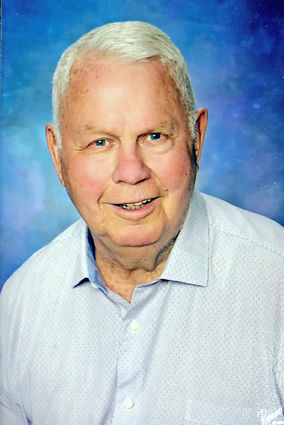 Born in Kelly, Iowa to Evelyn Berhow and Glen Peterson, the Berhow family moved to Seattle in 1944 when Keith was 11. Evelyn met and married Karl Movall, who was a pivotal influence in Keith's life, a source of strength, character and many talents.

Keith attended Lincoln High School, where he was Boy of the Month, Centralia Junior College, where he is a member of the Hall of Fame and the University of Montana, where he lettered in football and baseball and was a member of Phi Delta Theta.

He met Marilyn Shope in 1953, both students at the University of Montana. They married in 1958 and moved to Kirksville, Mo. where Keith was attending Kirksville College of Osteopathic Medicine.

Following his internship in Dallas, Texas, they moved to Seattle where they established The Sports Medicine Clinic in Ballard, the largest privately owned clinic for sports injuries in the United States, providing medical care to athletes at Seattle Pacific University, and over 20 high schools throughout the northwest region. He established the U. S. Olympic Track and Field Camp in Seeley Lake, the American Osteopathic Association of Sports Medicine, the International Council of Motorsport Sciences and Rodeo Sports Medicine.

Keith served as the Medical Director of the Unlimited Hydroplane Commission, was the Assistant Team Physician for the Seattle Mariners and the attending Physician for the Pro Rodeo Circuit, in four states. His love of sports had him volunteering as an Associate Physician for all of Seattle's Professional sports teams, including the Supersonics, the Seahawks and the Sounders as well. He also started Montana Rodeo Sports Medicine and was a big part in improving medical coverage at rodeos.

Keith was a pioneer in sports medicine and a constant fixture on the sideline, gym, rodeo arena and in the Hydro pits. He opened his life and his heart to all who needed a hand, a lift, a wrap, an ice bag, conversation, a story or just a smile. His presence amongst those who loved and knew him will be greatly missed. His family was the anchor of his life.

When the Petersons lived in Seeley Lake, Keith supported Marilyn as they started and ran the Emily A Bed and Breakfast north of Seeley Lake from 1992-2005. He was a founding member on the hospital board that started the Community Health Center. He was a big supporter of local activities and was a Blackhawks Booster for many years.

He is survived by Marilyn, his wife of 60 years, and his children Jon and Kara (Brenna and Karl), Erik (Erik, Jr. and Karly), Chris and Patty (Jack and Christian), Julie and Aude.

The memorial service will be held Monday, Oct. 29 at Ballard First Lutheran Church in Seattle, Wash. at 1 p.m.

In lieu of flowers, memorial contributions can be made to the Peterson Family Scholarship Fund at the University of Montana Foundation in Missoula, MT 59812.