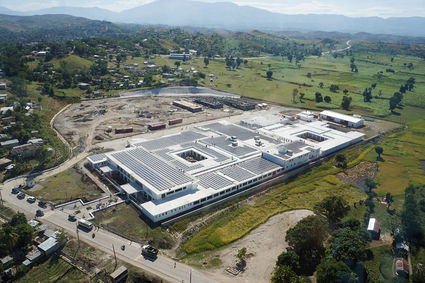 Provided by Partners in Health

The Hôpital Universitaire de Mirebalais in Haiti was erected after the 2010 earthquake to deliver health care throughout the country's central plateau. Contributors to the effort included the American Red Cross and Artists for Haiti, an organization co-founded by actor Ben Stiller.

The Partners In Health, known in Haitian Creole as Zanmi Lasante(ZL/PIH), headquarters resides in a huge state-of-the-art hospital in Mirebalais, about a half-hour drive southwest of Cange. On what has become a typical morning there, hundreds of Haitians crowd onto wooden benches inside. More spill out of the entryways into the tropical sun. Some sleep on blankets or cardboard in the shade of bushes planted along the hospital's white walls. A young woman strolls toward the exit, a newborn in her arms and a gaggle of friends skipping behind her, shouting excitedly, "She's a mom!"