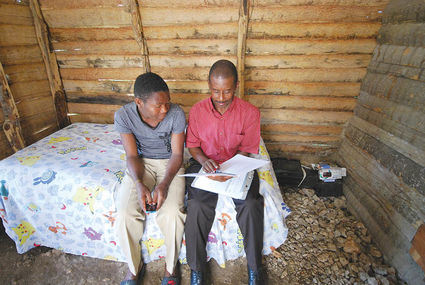 As a child, Presandieu Charles suffered severe headaches and stomach pains. One day he beat his mother on the foot and thigh with a stick and later cried when he saw what he had done.

In October 2017, Charles began to hammer at the timber walls of his family's dirt-floored home with his fists. He would not stop. Neighbors bound his ankles and wrists with leather straps and metal chains. They called his affliction "the madness." He still has the scars: dark star-shaped marks on the skin on his right wrist.

The house perches on the edge of a lush, forested ridge several miles outside Cange,...