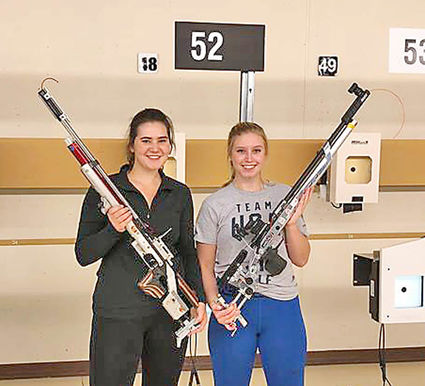 Hellgate Civilian Shooters Ibby Lorentz and Jonna Warnken were two of 15 shooters in the Nation that were invited to the American Legion Championships in the precision class.

COLORADO SPRINGS, COLO. – Hellgate Civilian Shooters Ibby Lorentz from Seeley Lake and Jonna Warnken from Superior, Mont. both returned to the American Legion Championships for a second time July 26-27 in Colorado Springs, Colo. They were among 15 shooters in the Nation invited to shoot in the precision class.

The American Legion Championship is a three-position air rifle competition for junior competitors in the sporter or precision classes. Competitors fire a total of four matches. Each match consists of 20 shots in each of three positions: prone, standing and kneeling.