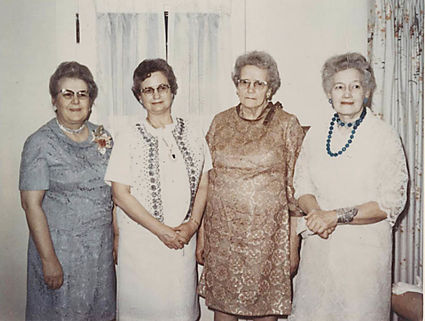 Three one-room log school buildings were constructed near three tributaries of Swan River: Smith Creek, Rumble Creek and Elk Creek. To accommodate as many homestead children as possible these schools were located approximately three miles from each other. As the clusters of population shifted in the 1920s and 30s some schools were discontinued and a series of newer ones were built.

In Lake County several homestead families in the Salmon Prairie area built a log school near the river. The Salmon Prairie School opened in 1920 with 15 students enrolled. Four more one-room schools were built in Swan Valley in the first half of the 20th century: the Roll School, the Smith Flat School, the Pine Ridge School and the Wineglass School.

A long list of teachers, support staff and school board trustees devoted years of effort to ensure the local children received a solid education. Marguerite Connor was the first teacher at the Roll School which was built by homesteader Fred Roll near the present-day Kraft Creek Road in 1921. Miss Connor became better known as Mrs. Marguerite Wilhelm when she married Lee Wilhelm several years later. After raising her family, she taught sixth – eighth grades for half a year at the Smith Flat Teacherage in 1955.

Marguerite was well-known for her commitment to education. She served as a District #33 school board trustee for 18 years from 1954 – 1972. During much of that time, three longtime teachers teamed up to provide a sound education for students at the modern Swan Valley School – Martha Anderson, Mary Holmes and Mabel Carney, who holds the record as the longest-serving teacher in School District #33. She also taught at the Smith Flat and Wineglass one-room schools. In a letter written to Marguerite, Mrs. Carney eloquently describes the life of a rural school teacher in the first half of the 20th century:

"You and I have worked together for several years. I worked with you first when you taught in the Smith Flat Teacherage and I taught at the Wine Glass School (I still like that name for a school.)

We really pioneered in those days, Marguerite. Remember the water bucket and dipper over in the corner? It was a great day when individual drinking cups were furnished. Each child had to make a cup last a week in order to make the supply last. There were the little [out]houses out back, too. We didn't have many leaving the rooms then! There were the old barrel heating stoves; the hems of our dresses and coats were often burned because of these stoves.

There was the wood to carry and kindling to split. Well, we knew how to do that, too. At the Wine Glass I did have electric lights but at the Smith Flat School I had a kerosene lantern and many times it would be eleven o'clock before the room was suitable for study.

School supplies were scarce. The first year I taught at Smith Flats, the trustees notified me that there was a $21 text book fund for supplies and they warned me to think carefully before spending it.

We were hardy souls – the pupils and teachers. We had to be in order to survive. Those were the days when a teacher struggled with large classrooms and all eight grades. If an adjustment was needed, we attended to that, too.

Then I was away for several years and when I returned gone were the old schools, and in their place was the beautiful Swan Valley School. Beautifully situated, equipped and cared for. I had a beautiful room in which to work, and the four teachers have enjoyed teaching in this school.

Marguerite, you were on the School Board through those years and had been since I taught at the Wine Glass [School]. It is through your everlasting efforts and other hard working Board members and clerk (such as Fred [Sonneburg] and June [Underwood]) that our school is what it is today.

You, as a Board Member, have made our work worthwhile. It has been very pleasant to teach in this school."

As a testament to the longevity of the pioneers who settled in the Swan Valley, several of Marguerite Wilhelm's great-great grandchildren are enrolled at the Swan Valley School.

The two current schools in the Swan Valley, the Salmon Prairie School and the Swan Valley School have widespread support from the community. Teachers are no longer required to build a fire in the wood stove or haul water from the river. Modern computers have taken the place of old-time blackboards. But one thing remains constant: the schools continue to be the lifeblood of the community.