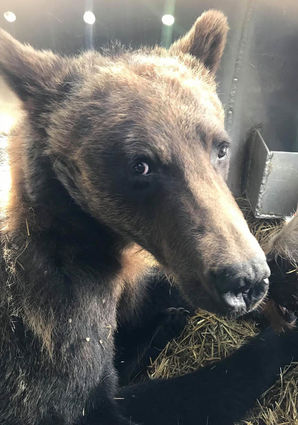 This three-year-old male grizzly was captured at Grace's Greenhouse July 3. Because of its history of getting into trouble that started north of Seeley Lake and repeated food conditioning, it was euthanized.

SWAN VALLEY - Montana Fish, Wildlife & Parks captured a male grizzly bear south of Condon and euthanized it because it was food conditioned and had a history of approaching residences.

FWP personnel captured the bear on the night of July 2 with a culvert trap at Grace's Greenhouse. The bear was estimated to be three years old and weighed 299 pounds.

The bear was originally captured incidentally in the summer of 2017 on the Flathead Indian Reservation near Arlee after a different grizzly bear killed several llamas and chickens. Personnel with the Confederated Salish & Kootenai Tribes...