Celebrating 50 Years of Love and Independence 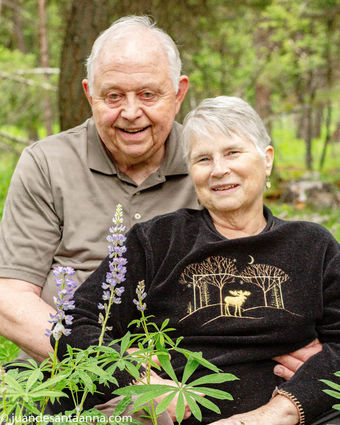 SEELEY LAKE – On June 15, Betty and Adrian Vanderwielen celebrated 50 years of working together while encouraging one another to be independent in their marriage.

The Vanderwielens met when they were in the same speech class at junior college in California.

"Betty got up and talked about a poem by E.E. Cummings and I thought I've gotta go out with this girl," Adrian said.

It took Adrian several weeks to convince Betty to give him a shot, but eventually she said yes to a date. Six months later, they were engaged.

"Actually at some point I said 'I really like the person I am when I'm with...