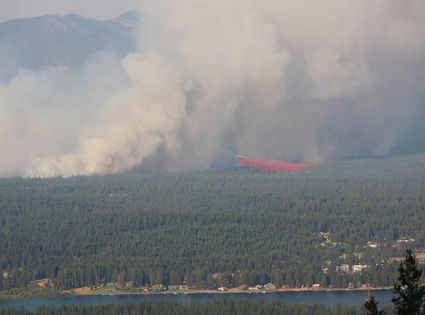 Nathan Bourne's photo of the DC-10 dropping retardant in an effort to slow the Rice Ridge Fire spread was selected as the best news photo in Division 1 for the 2018 Montana Newspaper Association awards.