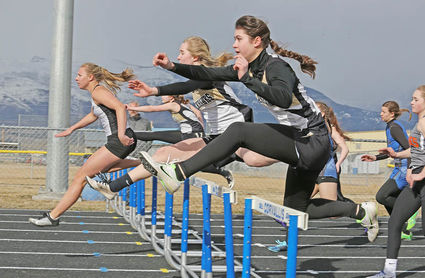 CORVALLIS - The Seeley-Swan Blackhawks fielded seven boys and 12 girls in the opening track meet of the season March 24. They competed against 15 A, B and C class teams.

Seeley-Swan's athletes did well despite Seeley Lake still being under a couple feet of snow and having to practice in the gym. The Girls earned 85 points for second place while the Boys took sixth with 46 points.

Kovatch threw 123 feet, 6 inches in the discus earning her first place and auto qualifying her for st...