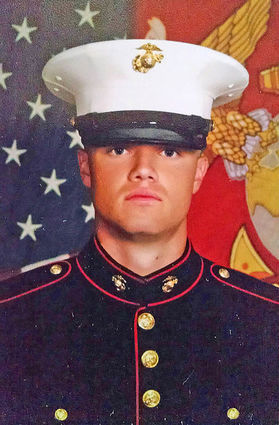 Private 1st Class White is a fifth generation Eagle Scout and follows his predecessors in one of many branches of service to his community. He successfully completed 13 weeks of intensive basic training at MCRD San Diego as one of 80 recruits in Training Platoon Bravo Company 1035. While in recruit training, Private 1st Class White accomplished Squad Leader and the lead rifle score out of these 80 recruits.

White will report to Camp Pendleton, Calif. for one month at Military Combat Training then Military Occupation Specialty School for electronics in Lejeune, N.C.