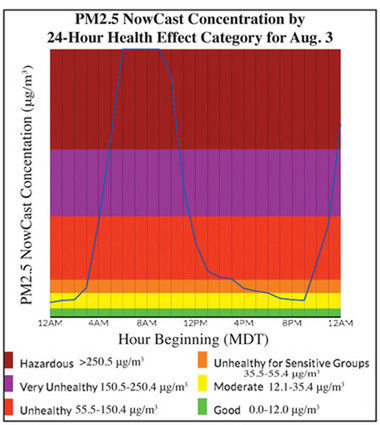 SEELEY LAKE - Due to smoke from the Rice Ridge Fire just two months ago, local businesses faced a loss of revenue because of decreased tourism.

According to InciWeb, an incident information website, and KPAX news station, a lighting strike in late July started the Rice Ridge Fire which burned over 160,000 acres. The fire decreased air quality which led to hazardous levels for several weeks, closing the lake for fire suppression efforts and decreasing tourism over the summer.

In an interview with Cory's Valley Market owner Cory Thompson about his business and the amount of income he lost he stated, "We were down 12 percent in the month of August in sales."

Cory also mentioned that he had employees missing work due to the evacuations associated with the fire. Most of the business that Cory's had was in the form of tobacco products and any form of energy drinks, from fire traffic.

In a report from the KPAX news station Aug. 9, 2017, health officials from the Department of Environmental Quality were advising local residents to leave the area during the times of hazardous smoke, including the night and early morning hours (shown in the graph below). This left business owners with a decision to leave or stay during these unsafe times. A shelter was set up at the Potomac Community Center and Camp Paxson in Seeley Lake for people that wanted to or had to escape the area.

The air quality in the Seeley Lake area was near the top of the scale at hazardous levels of the PM 2.5 concentration (Particulate Matter) given by the Montana Department of Environmental Quality. The air quality started deteriorating beginning on July 31, 2017, with the first day of hazardous conditions on the first of August. 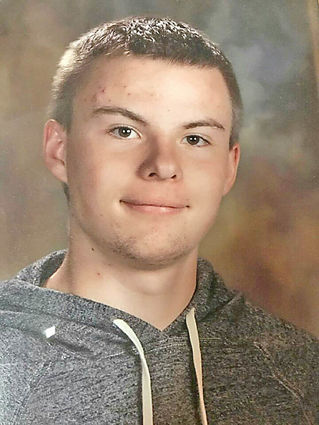 Todd Johnson, Plant Manager at Pyramid Mountain Lumber (PML) in Seeley Lake stated, "The only time we really had any changes was when the evacuation orders were issued." Johnson also said that over the course of the summer that their log intake per day was cut in half, from 30 truck loads to 15 at the lowest. Production was also lost due to the lack of some employees that had to evacuate, but PML was still able to continue operations. Safety masks were given out to the employees every day. Johnson said, "No employees were seriously affected by the smoke, but some felt sick and lightheaded at times, but wearing the mask helped a lot."

This past summer Seeley Lake was struck by a huge loss of revenue due to the Rice Ridge fire and smoke, but its people found a way to stay resilient.