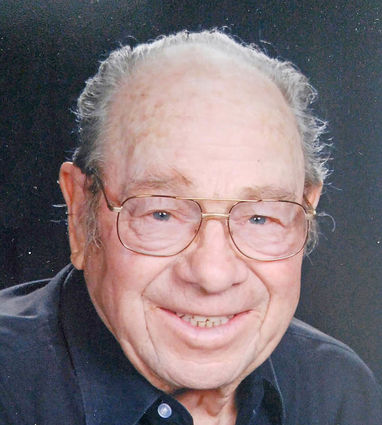 SEELEY LAKE - Donald William Livingston, 89, went to be with his Lord and Savior Jesus Christ on May 5, 2017.

Don was born June 22, 1927 in Durand, Wisc., the fourth of seven children to Eugene and Fyrn Livingston.

Don and Betty lived 26 years in Soap Lake, Washington where they raised their family and Don worked as a Journeyman Electrician. Don and Betty moved back to Montana in 1977, where they lived the next 13 years and Don became a Master Electrician, eventually starting his own electrical contractor's business, D&B Electric, in Seeley Lake. He retired in 1990.

Being avid campers and loving fishing and traveling, Don and Betty then enjoyed a full-time RV lifestyle, spending time in Texas, Arizona, Washington, Idaho and Montana. He loved horseshoe pitching, in which he won many tournaments and was the Arizona State Senior Champion in 2002 and 2003, as well as playing pool, fishing and spending time with friends and family.

Don and Betty settled in Arizona in 1997, living at Casa Grande till 2011 and in Cottonwood since then. He was especially gifted in music, playing his guitar and singing Country & Western music for more than 60 years. He regularly played and sang at small public venues and church services up to a few months before his death. All who loved to hear him sing will miss his rich, warm voice.

Don is survived by: his wife of 69 years Betty Livingston; his four children Mike (Diana) Livingston of Snohomish, Wash., Larry Livingston of Helena, Randy Livingston of Seeley Lake and Judy (Dan) Bonwell of E. Wenatchee, Wash.; brother Arnie Livingston of Franklin, Wisc.; three grandchildren; 17 great-grandchildren and numerous nieces and nephews. He was preceded in death by his parents Eugene and Fyrn, brothers Del, Mike, and Irwin, and sisters Lorena and Arlene.

A celebration of Don's life will be held at the Riverview Room of the Thousand Trails RV Park, in Cottonwood, Ariz. on May 21 at 2 p.m.