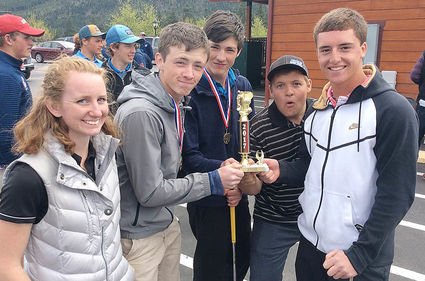 MISSOULA - Golfers from nearly a dozen schools took to the fairways of the Ranch Club Golf Course and Canyon River Golf Course for the Loyola Invitational May 1 and 2.

The Seeley-Swan Blackhawks came out strong on day one of the tournament. All four Boys shot 88 and under at the Ranch Club.

Their combined score of 334 put them in second just 2 strokes behind Loyola in first place. They had a solid 8-stroke lead over third place Shelby.

McKinley Nicholas led the Blackhawks after 18 holes at the Ranch Club. He was just 6 over with a 78. Shane Lindemer had a great day too, just two strokes be...