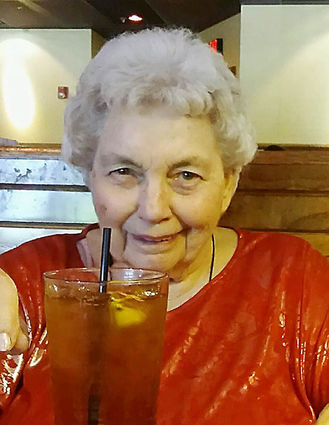 SEELEY LAKE - Marge was born June 1, 1931 and grew up in Menlo Park, Calif. She was vice president of the Entomology Club during her years of college at San Jose State University in California, where she graduated with a degree in Entomology.

Growing up, she spent summers on the Salmon River with her father Richard Bendl, where she met David H. George. Marge and Dave were married in 1962 and shortly thereafter purchased the General Store in Forks of Salmon, Calif. They operated the store and raised all but two of their children before deciding to move the family to Eureka, Mont. in 1983.

Marge had seven children, 15 grandchildren and numerous great grandchildren. She was preceded in death by her husband Dave in 2002.

Marge then moved to Seeley Lake, Mont. where she enjoyed the company of some of her grandchildren and weekly card games and activities with the Seeley Lake Senior Citizens. The Seniors were always a joy for Marge and each week she looked forward to the card games, playing Bingo and meals with friends. She thoroughly enjoyed crocheting, making countless blankets for her family, friends and many local residents.

Marge resided in Seeley Lake until she passed away after a brief illness on Dec. 24, 2016.