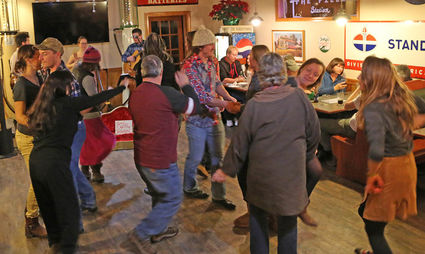 SEELEY LAKE – The Bob Marshall Music Festival announced seven of the confirmed bands at their Launch Party Dec. 2. While the festival, now dubbed "Montana's Music Festival," isn't until the middle of July, more than 50 people gathered to find out what bands are confirmed for 2017, socialize and dance to the music of Good Old Fashioned.

The second annual festival will be July 13-16, 2017 on the vacant land owned by Kevin Wetherell south of the Wilderness Gateway Inn. On-site camping will be available. Beer and wine will be sold at the event. The Seeley Lake Community Foundation is the orga...